Serhiy Chornobryvets, paramedic, Ukraine: "We will all face the PTSD"

"Fall to the ground, fast!!! Otherwise I'll shoot everyone and I won't get anything for it!!!". So the russian occupiers in the city of Mariupol met an ambulance crew, which was going on call. The shotgun barrel on your back, you lie on the ground, covering your head with your hands and think, well, this might be the end…

Serhiy Chornobryvets from Mariupol is 24 years old. He is a paramedic. One of those doctors who remained in the occupied Mariupol until the last minute and continued to save the lives of civilians. One of those who, like thousands of his colleagues in Ukraine, does not consider himself a hero. Despite the fact that he saw a 7-year-old girl's heart beating in her torn chest.
- Shrapnel wound to the front chest. It affected the lungs, but the heart and blood vessels miraculously remained intact. When my colleague and I opened the car door and saw a girl in a bloody sweater in the back seat, and saw her heart beating, we were momentarily stunned. The girl's shocked parents were standing nearby, and we quickly recovered and began to help her. Alina was rescued in the operating room - in reality, the child was "born in a shirt".

Serhiy visited the girl two weeks later to make sure she was fine. The girl drew a picture for her guardian angels - doctors in red uniforms, ambulance, blue sky and sun.

The sun, which has never again seen another patient of Serhiy. A 16-year-old boy was brought to the hospital without legs after the shelling of residential neighborhoods - a traumatic amputation of both lower extremities.
- All the time to the operating room I continued to resuscitate him, performing CPR. And I could not stop. Even when colleagues said it was all without a chance… I pressed on the guy's chest, hoping for a miracle. Although I realized that he could not survive with such injuries… This case, for the first time since the beginning of the war, got me off track. Such a young guy, his whole life could be ahead…

What helped Serhiy not to lose his heart and to keep the optimism was his team. He says that every morning, waking up in the hospital basement, doctors encouraged each other and joked.
- This is what holds us together and keeps us strong. That does not allow me to fall into despair and horror. These people are just incredible - they even arranged a collective greeting with improvised "gifts" for my birthday on March 18.

War changes not only the sense of time. Serhiy says that the war also changes medical protocols - when you are under fire, you don't think about your safety. You only think about how to get to the wounded and save him. There has been no light, water or communication in occupied Mariupol since March 2. Therefore, the ambulance crew received calls either by walkie-talkie from the rescuers of the State Emergency Service, or people made their way to the hospital themselves and told where the wounded lay.

On March 17, the work of the EM crew in Mariupol became impossible. Roads were totally destroyed so that the ambulance could not pass. And there was no place to take the wounded to - all the hospitals were destroyed by russian bombs.
- We decided to leave the city at our own risk, - says Serhiy. There were six of us. However, not all colleagues agreed to leave - yes, there are those who are still in occupied Mariupol and snatch the life of every peaceful Ukrainian from the enemy. These are our heroes. Real heroes.

Now Serhiy and his colleagues stay in the city of Zaporizhia and continue to work in the Emergency Department. His voice sounds cheerful and he hopes for victory. However, Serhiy is tormented by guilt - as the doctor he understands well what the "survivor's syndrome" is and that PTSD, unfortunately, will sooner or later cover everyone who has passed the medical front in this horrific war. 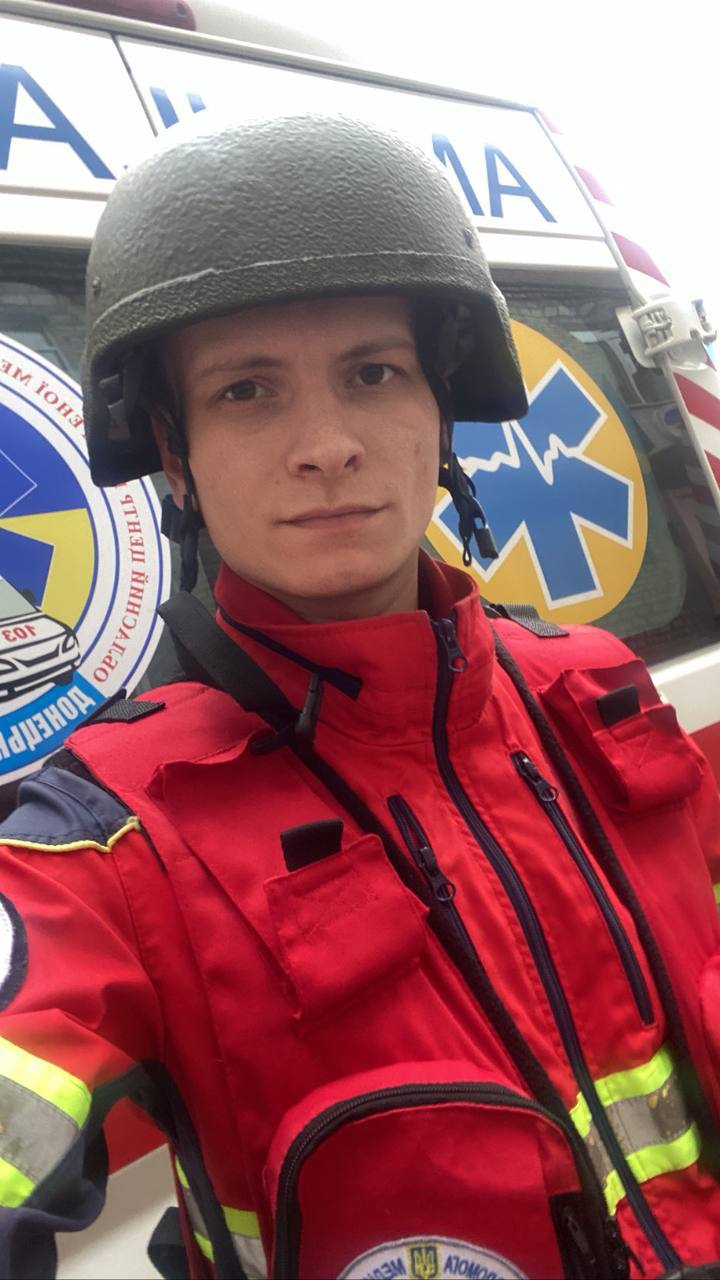