They cooked borshtch on bricks and went on calls under fire: Chernihiv "emergency" kept the medical front in the city for 42 days

"Please call me when I return home from work. Then we can talk", - Kateryna Klepalova, head of the training department of the Chernihiv Regional EM Department and an emergency medicine doctor still does not believe that today in Chernihiv you can just walk along the street and talk on the phone. Kateryna enjoys the spring sun, lush greenery and flowering trees. The only thing that spoils the landscapes of her hometown is black burnt houses on both sides. Destroyed, murdered and exhausted, they seem to be silent witnesses to all the horrors of war, which will forever remain in the history of the hero city of Chernihiv.

The Russian occupiers began shelling Chernihiv on the second day of the war, February 25. And on February 26 the shell hit the the EMD station in the city. It was scary. Very scary. Then, says Kateryna, all the doctors moved to the second EMD station, and many colleagues remained to live at work. Because they had nowhere to return.

In fact, the basement became the second home for the staff of the Chernihiv EM Department. Sleeping places were arranged, and food was prepared outside on bricks. There was no more light, water and gas in Chernihiv.

- What I noticed right away - our medical students grew up in a few days, - says the doctor. They bravely went to all the calls under fire, and those who remained at the station prepared food for all their colleagues. Imagine making a fire and cooking soups, porridges and even borshtch on bricks! Sometimes I caught myself in this wild thought - outside the 21st century, and we light a fire and collect melt water…

On February 25, Kateryna and her crew went on a call to pick up a military man with convulsions. It was hell - the Russian occupiers fired fiercely and incessantly at the city, the earth was trembling. The ambulance got broken and doctors were waiting for help. As soon as another crew took the wounded, bullets rained down from everywhere - Kateryna and her colleagues appeared to be at the epicenter of enemy fire. Then, for the first time, medics had to learn how to act during shelling - fall to the ground and, if possible, crawl to the nearest safe place.

- What was the most difficult for me personally? Probably when we went after our military. Young guys, young men - so handsome, courageous and brave… You look them in the eye and as a doctor you clearly understand that injuries are incompatible with life. They shouldn’t die - they should live, fall in love, raise children, travel, achieve something… Damn, damn war…

In mid-April, the russian occupiers retreated from Chernihiv. Today, the city is slowly beginning to breathe, but "emergency" doctors still can not get used to work without shelling. They still react to every sound, and the war in the country is not over.

- Victory is still for us. It just can't be otherwise! We repeated it like a mantra every day in the basement… We repeated it with tears of joy every time we managed to save lives… We repeated it when we dreamed of returning home… We believe in the Armed Forces and keep the medical front - we stand with Ukraine! 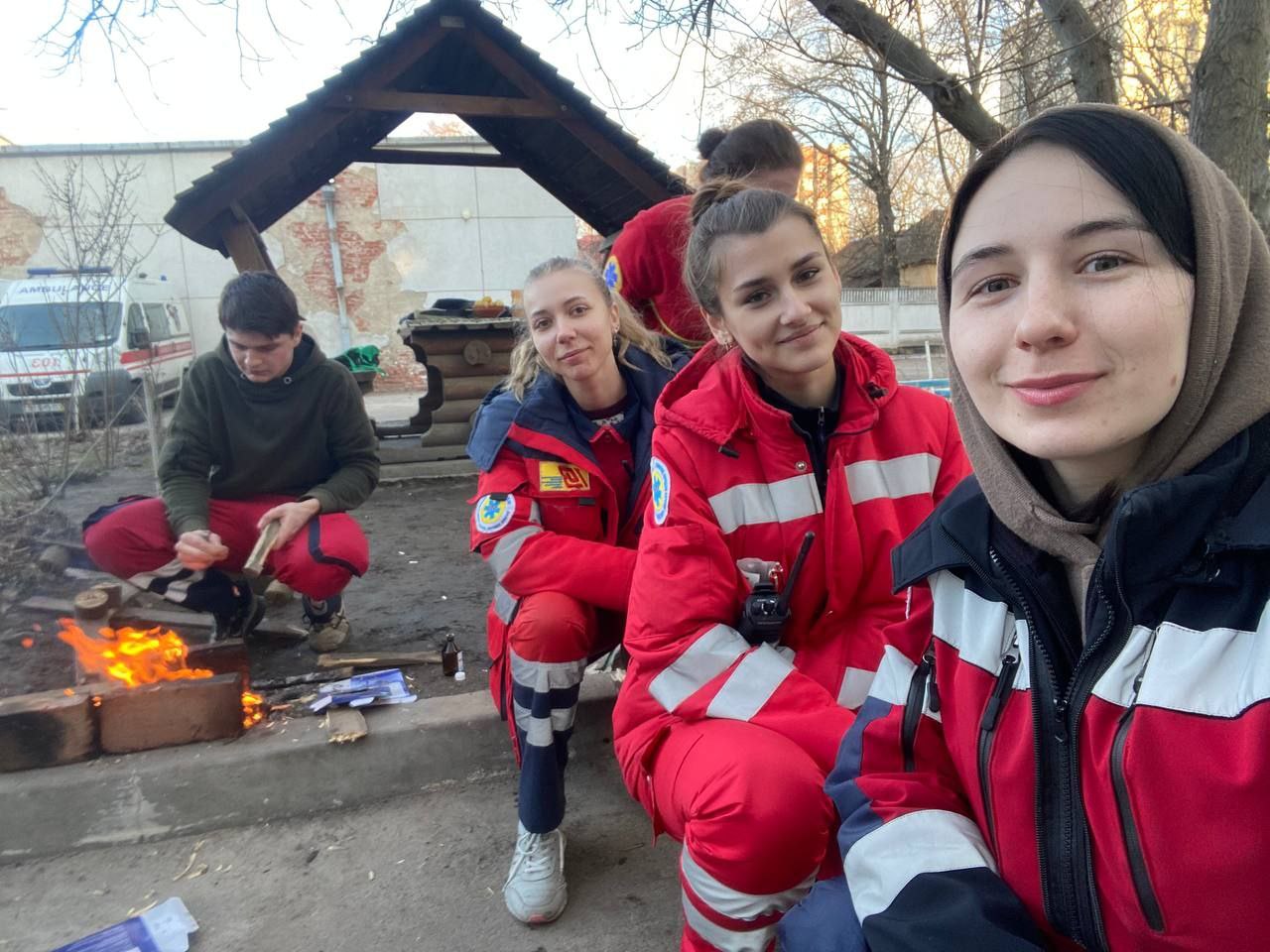