In September 2012, I was 48 years old, and had just said “yes” to a new assignment. The day I would start in my new role as one of the top managers of an international company was set for October 1, and I was preparing mentally for a positive but demanding challenge. At about 05:00am on October 1, I woke up and began going over the events of the day in my head, over and over again. I shaved, got dressed in suit and tie, and later headed off to the office, to begin in my new role. At 08:15am, sitting in an office talking to a senior executive of the company, time stopped as something exploded in my chest. The intima of my ascending aorta gave in and a dissection ripped its way through my bicuspid aortic valve. The dissection also chose to push its way in the media in the opposite direction of the aorta. It found its way up the left carotid artery causing extreme pain in the throat. It dissected the left subclavian artery, the whole length of the aorta, the left carotid artery (causing the kidneys to ache very badly on both sides of the back). Both iliac arteries were dissected, and on the right side the dissection travelled along the right femoral artery down to the foot. Every breath I took when inhaling caused an extremely sharp ripping pain in my chest, so I tried to inhale as lightly and gently as possible. The left side of my throat hurt, my kidneys felt like they were going to explode and my chest felt like someone had bashed me with a baseball bat over and over again will full force and that there was a knife stuck in the heart that caused a ripping pain every time I inhaled. The pain was like having my head inside a church bell that was continuously ringing at 150 decibels. There was nowhere to run, nowhere to hide and I stumbled into another office saying “Call an ambulance – I’m going to die”.

Anxiety was all over me, and I really thought I was going to die. The ambulance arrived and took me to the local hospital’s Emergency Room where I was given morphine. The medical team on duty started to look for a heart attack; I tried to explain my pains, but the person listening had never met an acute aortic dissection patient before. So the main idea was that I must have had a heart attack. I was given more morphine for my pain, but no diagnosis could be found. I got gradually worse from pains, sedation and the condition of my heart and arteries. For six hours I was in a bad condition, no one having a clue what was wrong with me. I was given morphine and painkillers, and asked about the pain several times. The more morphine I got, the more it took the edge off the pain. My telling the doctors that the pain was less hard to endure, however, probably confused them a lot. I started to freeze, and was put under blankets. I got extremely thirsty but every drink of water felt like it was being poured into a desert, and each sip made me vomit ferociously. I felt like I could drink 100 liters of water and still remain thirsty. My wife was agitated shouting; “Help, please, help!”, as we were left alone in a room in the ER.

At this point, fate decided that a new team of doctors came on shift in the emergency department of the hospital. One of the doctors immediately saw the signs no one else had seen and had an acute CT done. From that point on, not one second was spared to get my body to the nearest university hospital with a thoracic surgery team. Seven hours after my intima tore, I was again inside an ambulance taking me from the first hospital to the nearest university hospital equipped with a thoracic surgery department for immediate surgery. At this point my aortic valve was almost not functioning at all anymore; the aortic dissection had ripped it apart. In the ambulance, a paramedic gave me morphine against the pain and nitro to keep the heart beating. I asked him if I would die, and he answered truthfully “I don’t know”; I asked him to call my wife, I spoke to her and said my goodbyes. I prepared to die.

On arrival at the hospital, they wheeled me directly into surgery where a team was prepared and waiting for me. As they sedated me, I looked at the doors of the surgery theater, thinking, very sad and empty, “This is it. Now it’s all over”. Around 16:40 in the afternoon, I closed my eyes from the sedation in the surgery department of Sahlgrenska University Hospital in Gothenburg, and the “magic” of a team of surgeons, nurses and anesthesiologist began that saved my life. Everything ended. There was no “old me” anymore. That person died on the table in the hands of the surgeons. (Text from chapter 1 in the book "Aortic Dissection - Patients true stories and the innovations that saved their lives" 2016, Edi Ermes, by Prof Germano Melissano and Prof Roberto Chiesa) 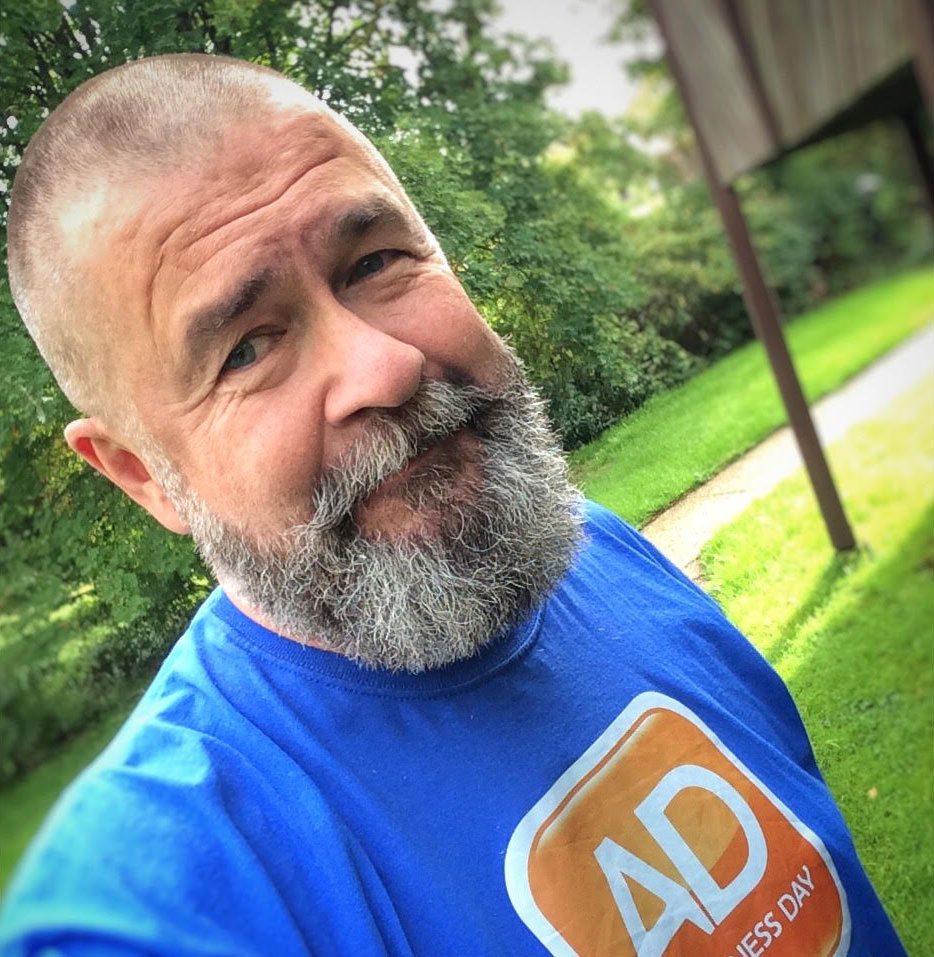