I'm an #EmergencyPhysician not bound by borders, wide range of capabilities and risks too in performing.

Here comes an ordinarily extraordinary day #visakhapatnam. I came to meet a #Neurosurgery Friend in Emergency Medicine Dept (which is not established yet, still called with the 'C' word)

An #Anaesthesia resident(whom I knew before in the ACLS class) is roaming with a #bougie telling my neuro friend that his case of head injury had a #failed #intubation (failed 3 times when an expert is performing). Well then we got an eye to eye contact ? of #curiosity and #hope. ✌?

Immediately rushed into the scene where the patient is lying unconsious, with snoring sound, on a basic metal bed with no height adjustments, connected to #oxygen, drooling blood from mouth, portable finger ?? #pulseoximeter in place, and the #vaccum is not working, the #mcintosh #laryngoscope bulb is blinking. In this difficult scenario tried for endotracheal intubation, it is #Cormack Grade 3 and two attempts were failed. The pharynx is totally blood stained and unable to visualise any structure of vocal cord.

The next thing which I'm planning is a tough and the only choice.The #surgicalairway-#cricothyroidotomy. Note that I'm skipping two steps in failed airway algorithm [#1 Endotracheal intubation #2 Video laryngoscopy #3 Supraglottic devices #4 surgical airway] as there are no required equipments.Asked the staff for a surgical kit and started to paint the anterior part of neck with diluted? #betadine.The operational problem here is pt is having spontaneous breathing movements so the trachea is moving up and down.Ethically it is fine, coz I know the procedure, trying to save a patient, took informed consent from his wife. The main issue here which delayed a bit here is I'm not officially working in #KINGGEORGEHOSPITAL or #ANDHRAMEDICALCOLLEGE even though I love the college and I need to payback. What ever the credit or the blame will go to the on duty resident #DrSantosh. He agreed and I'm having my friend #DrAchuith as backup.

Decided to start the procedure, opened the large surgical tray only to see 3 items in it - #needleholder #arteryforceps #toothedforceps.Gave incision in the midline over the #cricothyroidmembrane, dissected into it, found the airway plane, with the help of artery forceps increased the stoma, and via bougie passed the 6 number ET Tube, initially went too deep into Right side, later adjusted above. Auscultation sounds were clear and equal bilaterally. ET tube was fixed with suture material and the blood stains were cleaned.SPO2 improved.

It is a hell of a procedure in the most unsafe surroundings, finally did it, as I'm trained to do so. It may be the first cric in that century old place ??. Thanks to my teachers #DrPrakashBabuS #DrBefinK, Thanks to my residents friends for the belief in me and the opportunity, Thanks to the #Nursing staff for their spontaneous cooperation. 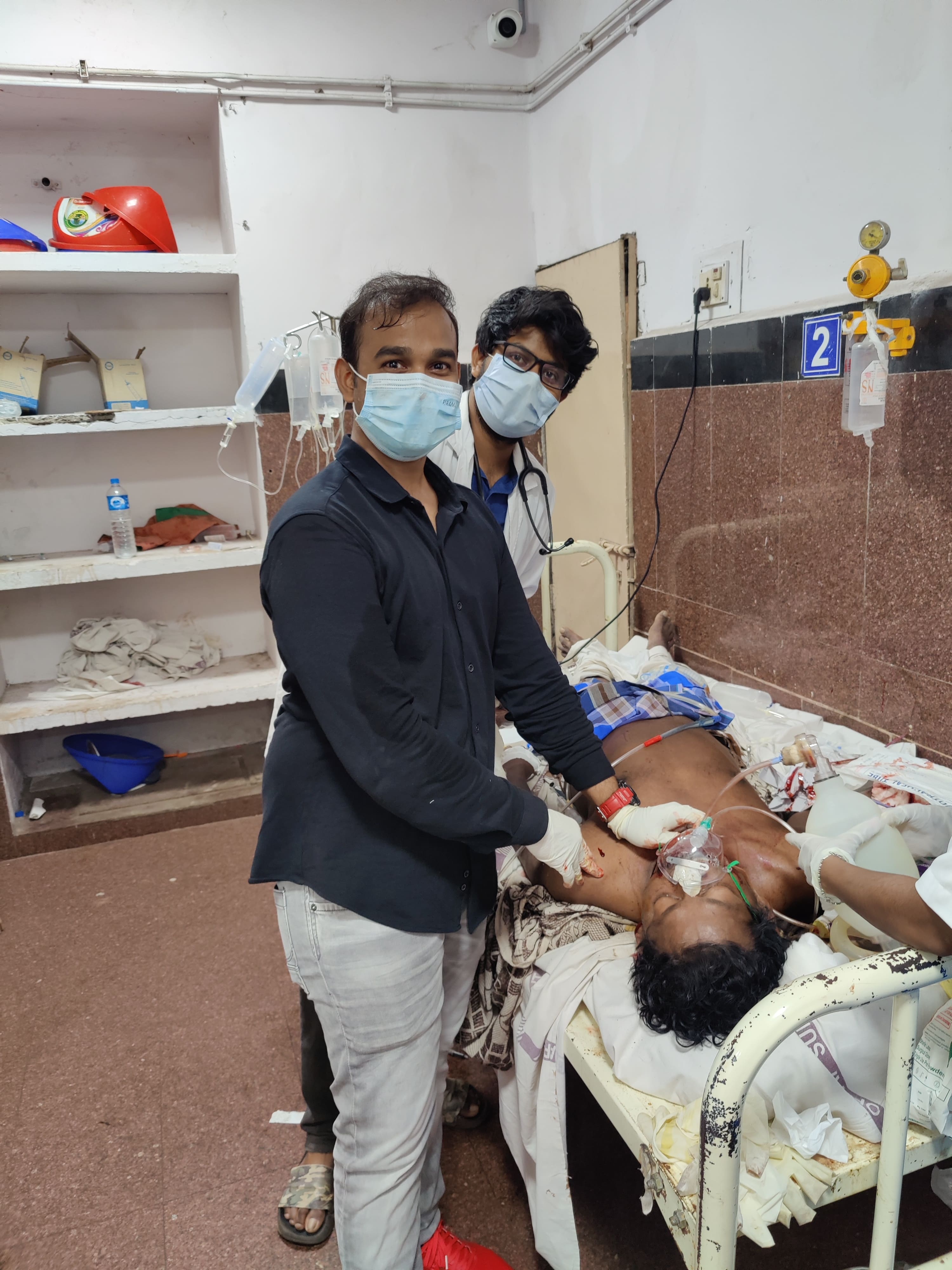